A new 199 foot cell tower is about to be placed right near Blair High school. 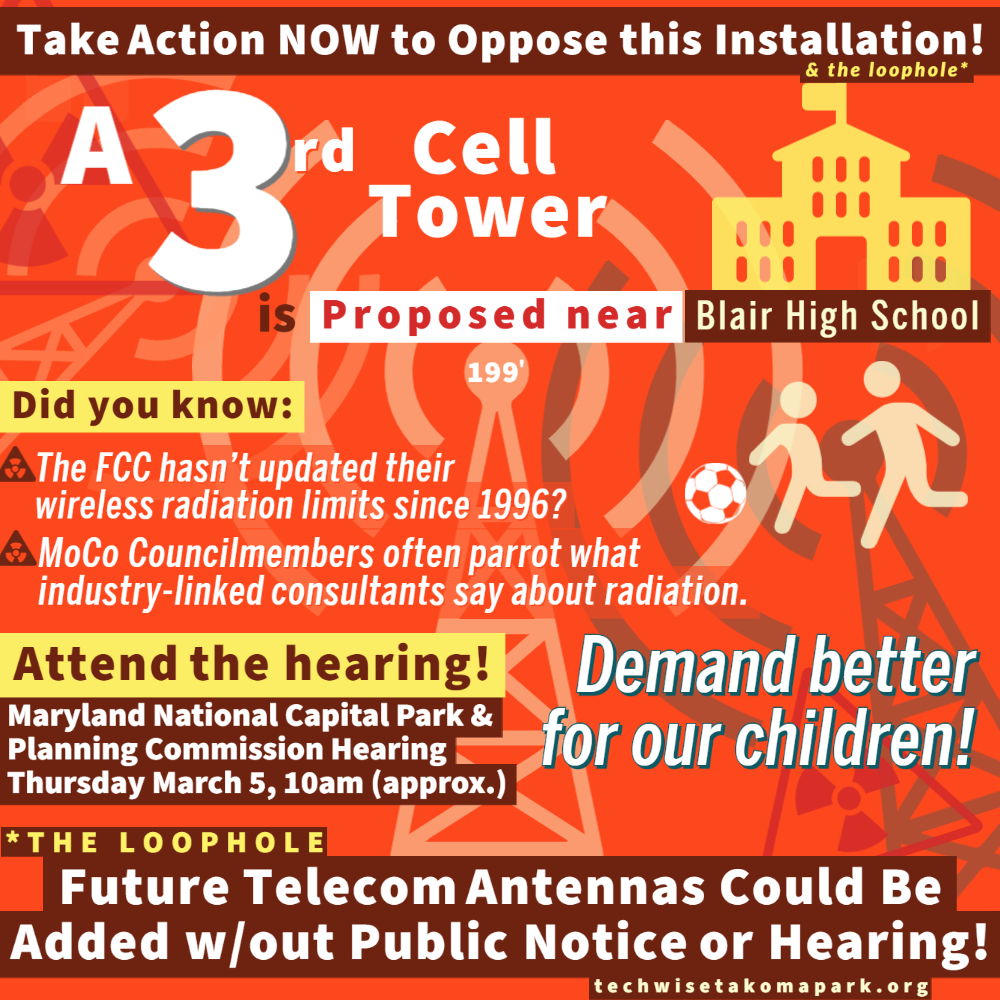 Reposted with permission from Small Cells in Montgomery County

The 12 MCPS schools with cell towers are almost all lower income schools and every high school in the Downcounty Consortium (which has higher farms, minority and esol population than the rest of the County) has a tower. There are several times where cell towers were proposed and not put up because of strong opposition by parents. For example, Whitman High School, Wootton High School and Walter Johnson High School. Parents were vocal in complete opposition and the towers were halted. (Watch video above if you want to know why.)

This is why the MCPS schools with cell towers are more often schools with higher minorities and students receiving free lunch. This is an environmental justice issue.

What Can You Do?

Even if they say it is a “done deal” parents have halted cell towers near their children. It can be done.

The proposed 199 foot County Tower near Blair High School is proposed to be located right next to one of the existing ones near Blair. Existing towers are about 10 feet from the baseball field and the other is less than 300 feet from the track and field.

After it’s constructed, wireless companies could locate on the new pole without going through the special exception hearing process with a hearing examiner that is required when commercial wireless companies want to build new towers in Montgomery County. Once any tower is built, companies can add antennas to it later through what is called a modification which does not involve any input from the public or a hearing. It’s mostly just a permit process.

So, by the County constructing this tower, they are creating a loophole for the wireless companies. In fact wireless companies applied to locate a monopole tower in the very spot the County is proposing theirs. But after they applied it was withdrawn because it was found it didn’t comply with zoning. It was too big for the property and also less than 300 feet from homes. Now this is the same property but because it’s the County building it, they get to bypass the regulations. So far the County has not committed in writing to limiting the antennas on the tower to only public safety antennas.

See the 2017 Blair High School Tower Committee Application here.
CLEARLY the companies want to put their antennas in the area. 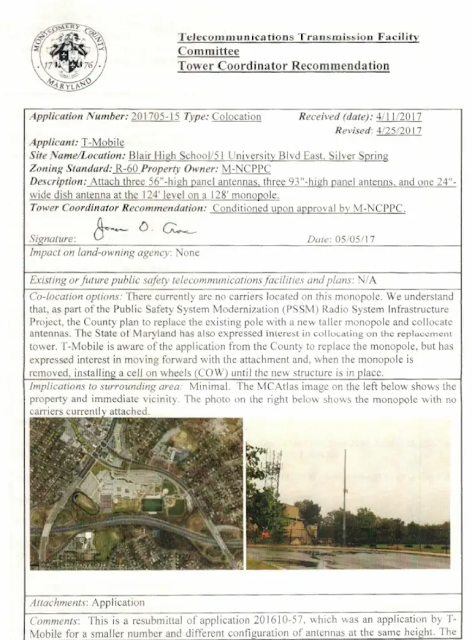 Meanwhile in California, parents are working hard to remove cell antennas near their schools. Please se below a banner created by parents and watch their news coverage here. 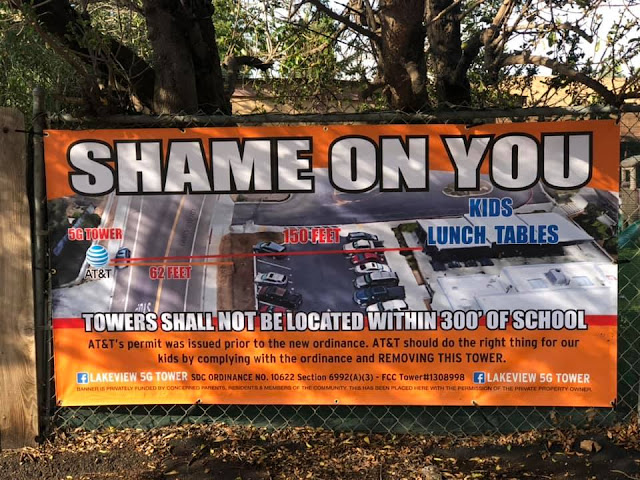 * Send email to all Councilmembers — >County.Council@MontgomeryCountyMD.gov

Will Jawando 240-777-7811
Councilmember.Jawando@montgomerycountymd.gov
View Staff List for Will Jawando

Thanks to Small Cells in Montgomery County for this blog repost.